The ICC team is very proud that Randy’s industry expertise and experience as well as his commitment to the highest level of client service are continually recognized nationally. In March of 2021, he was ranked by BARRON’S and the Wall Street Journal as the # 1 Financial Advisor in Nevada** for the eighth consecutive year. Only thirteen investment management firms in the nation have achieved that distinction. Randy was also recognized in the August 2021 issue of Forbes Magazine as one of America’s Top Wealth Advisors.***

Randy thanks his extraordinary team at ICC who helped to make this national recognition possible. The ICC team continually strives to exceed industry standards to provide our clients with the best possible experience which enables consideration of the Investment Counsel Company for these honors.
Thank you to our valued clients and friends for your continued confidence and support of ICC.

The Investment Counsel Company is honored to have been chosen as one of the three finalists in the Nevada Business Magazine Inaugural Annual Awards in the Battle Born category for southern Nevada. The Battle Born category recognizes successful locally owned and operated companies that have been in business for 30 years or more. These Battle Born businesses are recognized for their efforts and hard work building businesses from the ground up into thriving, prosperous companies that employee and serve Nevadans as well as generously giving back to their community.

Randy Garcia, CEO of Investment Counsel Company (ICC) founded the business in 1987 after a five-year thoughtful process of writing a solid business plan, raising capital, and forming the groundwork before opening. His patience paid off and today, Randy’s company is a nationally recognized investment advisory company. Randy’s advice for new companies just starting out is to, “Be overprepared. Think three, four steps ahead and never take business-related risks too lightly.” He added that “It is less costly to learn from the mistakes of others versus our own.”

The Investment Counsel Company is pleased to announce that Randy Garcia, CEO of the Investment Counsel Company, has been ranked by the Dow Jones publication, Barron’s, as the #1 Financial Advisor in Nevada* in its Top 1200 Financial Advisors State-by-State rankings.* This marks the eighth consecutive year that Garcia has ranked as the #1 financial advisor in Nevada.

The ICC team congratulates Randy on yet another high-profile industry award. We are proud that his expertise and commitment to the highest level of client service are recognized nationally. In September of 2020, Garcia was ranked by Barron’s and the Wall Street Journal as one of the Top 100 Independent Financial Advisors** in the nation. He was also recognized in the October 2020 issue of Forbes Magazine as one of America’s Top Wealth Advisors.***

Randy thanks his extraordinary team at ICC who helped to make this national recognition possible. The ICC team continually strives to exceed industry standards to provide our clients with the best possible experience which enables consideration of the Investment Counsel Company for these honors.

King traveled to Las Vegas at the invitation of ICC’s Founder and CEO, Randy Garcia, to share his stories as ICC’s keynote speaker for an event to honor Nevada’s surviving World War II veterans.

King began to focus on the Battle of Bulge 30 years ago when he talked to a veteran from Oklahoma who showed him around the Ardennes, which is the region where Hitler launched his last offensive against Allied troops.

Since then, he has made it his mission to talk to servicemen and women about their time there.

While collecting their stories, King also made it a mission to tell as many people as possible about the American victory in Belgium in the bitterly cold winter of 1945.

King said the Battle of the Bulge, otherwise known as the Ardennes Offensive, was as multi-faceted as an “Antwerp diamond.” The front stretched 90 miles and covered three distinct areas with a variety of terrain.

In the end, King said it was the Americans’ ability to assume command when needed that won out.

“What transpired was the capacity of the American solider – the GI – to take control of the situation and operate autonomously down to the squad level. Where the Germans couldn’t operate beneath regimental level without written orders,” he said.

ICC’s CEO, Randy Garcia, organized the event in Las Vegas after visiting Normandy for the 75th anniversary of the Allied landing. While there, he met King and was inspired to ask him to travel to Las Vegas to honor our state’s WW II veterans.

On Wednesday, October 14th, the Investment Counsel Company hosted an exclusive webinar for clients and friends of the firm featuring David Lebovitz, Global Market Strategist at J.P. Morgan Asset Management. David provided his perspective and insights on the upcoming elections, trade and tariff issues, the global economic and market outlook ahead, and other timely topics.

David Lebovitz is well respected for delivering timely market and economic insights. He helped build JP Morgan’s Insights Strategy program in the United Kingdom and Europe, frequently appears on both Bloomberg TV and CNBC, and is often quoted in the national financial press. This webinar contains a wealth of interesting information about the upcoming elections and the anticipated economic impact depending on the outcome.

Please click on the “Read” arrow to the right for a replay of this informative webinar now available on ICC’s private YouTube page.

We are pleased to announce that Barron’s has named Randy Garcia as one of 2020’s Top 100 Independent Financial Advisors.

We are pleased to announce that Barron’s has once again named Randy Garcia as Nevada’s top financial advisor, this time for 2020. 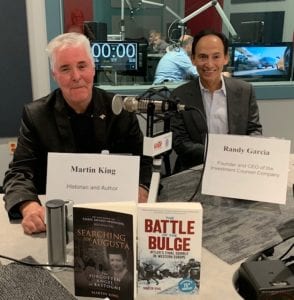 Today, Randy Garcia, ICC Founder was interviewed by the Las Vegas NBC Affiliate.  Not surprisingly, they were looking for an update on the Coronavirus and the Market.

“Buckle up and diversify” was one of Randy’s recommendations.  Watch the interview here: https://news3lv.com/news/local/advice-for-local-investors-buckle-up-and-diversify. 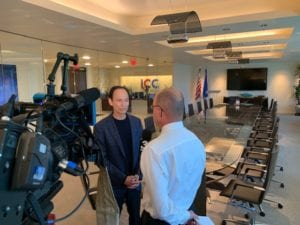 The Investment Counsel Company (ICC) founder, Randy Garcia, was invited back to KNPR to talk about his latest philanthropic venture.  With The Beethoven project, Randy is giving back to the community by underwriting a two-year series of concerts in celebration of Beethoven’s 250th Birthday.

He and UNLV College of Fine Arts Dean, Nancy Uscher, have partnered to bring the love of Beethoven to the Southern Nevada Community.  Randy, a lover of classical music for many years, wanted the community to experience Beethoven’s music and celebrate the life of this wonderful composer. 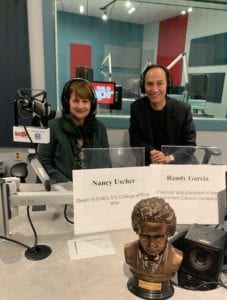 Las Vegas Financial Advisor, Randy Garcia, was recently honored by the Nevada Test and Training Range, in association with Nellis Air Force Base, as an Honorary Commander.  Randy has been a long-time supporter of our nation’s military and was flattered to receive this distinguished award, presented by Nellis Air Force Col. Chris Zuhlke.  To make the event special for those attending, Randy brought with him football great, Kelechi Osemele, as his guest. 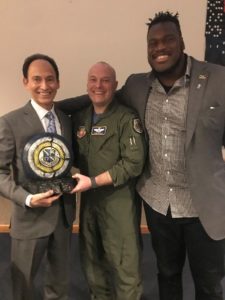 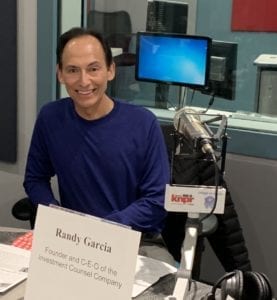 ICC Founder, CEO and Philanthropist, Randy Garcia, gives back to the community through the Arts.  Learn more about the Beethoven 250th Project.

The story of how UNLV School of Medicine student Arturo Montez and his family reacted when Randy Garcia visited their home — he provided Arturo’s full medical school scholarship — never gets old.
View

When two of his clients needed organ transplants, Randy Garcia didn’t hesitate. The Las Vegas wealth advisor heard the frustrations of each of his clients, who struggled to get the medical advice they longed for and couldn’t find a hospital they trusted to perform the procedures.

Randy Garcia, CEO of The Investment Counsel Co., will take a stand, even when it bucks conventional wisdom or clients’ preconceived notions. “We’re willing to challenge clients to make the best-informed decisions,” he says.

For more than 40 years, the UNLV Alumni Association has recognized exceptional individuals who represent the ideals of higher learning and Rebel Pride during the annual Alumnus of the Year Awards. With numerous professional and personal accolades earned over the course of a distinguished career and via public service and community involvement, Randy Garcia truly embodies the Rebel way.

When Randy Garcia took up archery eight years ago, he decided to seek out the best possible instructor he could find—and he ended up with a coach from the U.S. Olympic team. He aims to provide the same sort of world-class guidance to his clients.

View
In the Community